Last night someone asked me to name my favorite TV show.

That was easy:  Supernatural.  (although Sherlock is coming up fast)

The follow up question was “Oh, what is it Supernatural about?”

And that was where I faltered.  I had no idea how to describe a show in its eighth season with a hugely complicated mythology and dozens of recurring characters.  But the idea of briefly summarizing 170+/- episodes of Supernatural intrigued me.

So, here is my first attempt starting with the backstory and Season One.  I plan to summarize the remaining seasons before the Season 8 finale on May 15.

DISCLAIMER:  For the Supernatural experts reading this blog, I have taken slight liberties with the details for brevity and to move the story along.  Please cut me some artistic slack and I’ll be happy to hash out the details in the comments.

Once upon a time lived the perfectly normal (at least that’s what we thought in Season One…) Winchester family:  Mama Mary, Papa John, four year old Dean and baby Sammy. 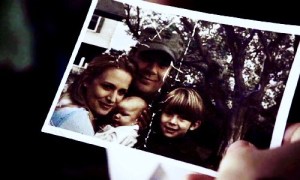 Their happy, normal family life changed one night in 1983 when Mary discovered an intruder in Sammy’s nursery and confronted him.  She was brutally murdered and found suspended from the ceiling just before the entire room burst into flames.

I hate it when that happens.

John saved both his sons from the fire, and after investigating the incident came to the conclusion that his wife was killed by a demon.  In fact, he discovered that demons and all other nature of supernatural creatures are lurking around every corner waiting to commit evil deeds.

‘Cause, really, was there any other logical conclusion?  (Please see the title of the show…)

John then dedicated his life to ridding the world of these creatures so that no other family would suffer the devastating loss his did.  However, his main goal was always to find THE capital-D Demon that killed Mary.  A former marine in Vietnam, John raised his two sons to be soldiers in the fight against the supernatural.

Present Day (which in Season One was 2005):  We meet grown up Sammy (now known as Sam) Winchester who is a successful student at Stanford, getting ready for his Law School interview and living with his perfect girlfriend Rory Jess.  Having left the “family business” for a normal life, Sam is no longer in contact with his father or brother. 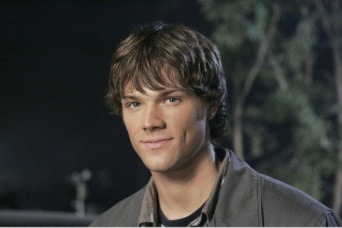 Then one night, brother Dean (who loves fighting evil creatures and can’t imagine doing anything else) shows up to tell Sam that their father is missing and he needs Sam’s help finding him. 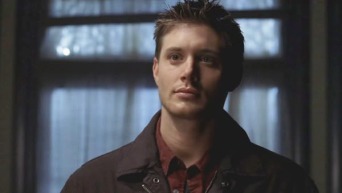 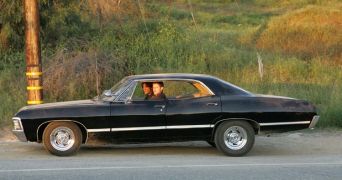 But I’m getting ahead of myself…

Worried about their father, Sam joins Dean in his hunt but with the agreement that it will be a one-time deal.

Long story short, the boys don’t find their father, but they discover that he is close to finally tracking down the demon that killed their mother.  Concerned for his sons’ safety, John wants them to keep their distance and instead pick off the lesser ghosts, ghouls and goblins that populate the US while he goes after the Big Bad alone.

Dean plans to obey his dad without question while Sam decides to return to school and a normal life.  Which he does… only to find his girlfriend Jessica murdered and suspended from the ceiling moments before their bedroom bursts into flames.

John’s quest has now become Sam’s, dragging him back into the world he wanted to leave behind.

Season One:  Meet the Boys

Luckily, there isn’t a lot a new viewer needs to know from Season One that will carry through the rest of the series.  Most of the episodes showcase the life of a demon hunter (staying in motels and hustling pool for cash), and we watch as Sam and Dean destroy a haunted painting here or a possessed racist truck there.

That doesn’t mean Season One isn’t terrific.  It is.  It showcases Sam’s desire to stop hunting and live a normal life while his brother Dean just wants his family to be united in avenging his mother’s death.  The first season remains among my very favorite, but most of the important bits for the mythology of the show can be summed up pretty easily.

First, the boys finally catch up with their father just as John tracks down the demon that killed Mary (now known as the yellow-eyed demon because of its yellow… yeah, you can probably figure that part out yourself…)

More importantly, John has found a weapon that can kill this demon: A very special Colt revolver.  Unfortunately, before he can use it, he gets captured by the demon’s daughter, Meg.

Yes, apparently demons have families, too.

Not knowing where to turn, Sam and Dean go to their  hunter friend Bobby Singer for help. 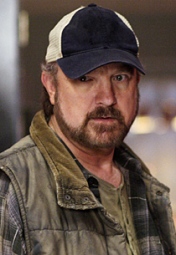 Bobby finds a way to force Meg to tell the boys where John is being held.  The boys save their father and all three Winchester men go to a cabin in the woods to regroup.  All is going well until Sam and Dean discover that John was possessed by the yellow-eyed demon during his captivity.  The demon inside John turns on his sons, gravely injuring Dean.

John takes back control for just a moment and begs Sam to shoot him with the Colt.  If he does, the demon will die.  Mary and Jessica’s deaths will be avenged and Sam will be able to live the normal life he’s always wanted.

Of course, it will also mean John will die.  Even if Sam could forgive himself for killing his father for the sake of a greater good, he knows that Dean will hate him forever for destroying their family.

In the end, Sam shoots John in the leg forcing the demon out, but not killing it.  He then bundles both wounded father and brother into the Impala for a fast trip to the hospital.  John is angry but Sam realizes that family is more important than revenge.

On to Season Two!

8 thoughts on “Supernatural – A Beginner’s Guide (Season One)”